It’s been really long since I posted anything. Ya posted not wrote as I write almost always when I am flurried but writing something positive needs a deliberate frame of mind and I had decided to start this year with a positive note.

It snapped onto me why not thank a friend from whom I learned a lot of things, so what if mostly over squabbles ;). We parted our ways because we were never on the same page at the same time… I wanted to write so that every time I remember a wound I could heal it up with a good memoir.

The first realization I had was that when we trust someone we never feel bad at whatever they say... Even their jokes, their taunts (People who don't get the sarcasm call it), we take everything in a positive stride because we know they care… they’ll be there … I felt how trust is the beautiful bedrock of any relationship and strengthens it…

L1: When you trust there should be no space for doubt!

Second confrontation just took me aback !! Why ? Till long I almost always tried to understand people through their words.
OMG, not everyone thinks ‘before speaking and after listening’ ! I unnecessarily troubled myself interpreting ‘what she meant’ and vain happiness that she would understand me after this discussion. How can I forget every person is different and so needs to be taken care of differently.
L2: When people are chivying you for something they might be trying to tell you that they are comfortable with you, don’t take it literally!

Third thing that I would want to mention is when a relation isn’t working out (even after multiple mending) instead of breaking the thread let it keep hanging with a knot. As the time passes the knot might dissolve and you can always slide back on the thread without ego interfering in between…
L3: When you are badly hurt and want to break off just remind yourself of the happy memories and STOP it with a smile… don’t frown!

Fourth and best experience that was absolutely new to me was:  even two people can go to a gathering, dance,  party and have fun…. you don’t always need a group… after all happiness lies within!!
L4: Believe!! You alone are capable enough to lighten up somebody’s day :)  !

Another reminder got added to this list while writing this post! I unraveled the mystery behind what holds me from reconciling and troubles me... I need to learn 'to forget' ,  'to forgive' is not enough..
L5:    In the picture :) 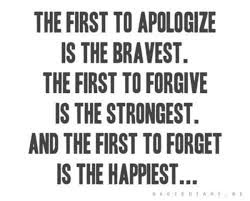 Popular posts from this blog

June 19, 2016
Sometimes I don’t need big reasons to shed tears, just a little pinch and I am unstoppable. As far as I remember myself, it has always been that way, I could be hurt with a single word (not even a complete sentence). As a kid I was always told that I was morose and I believed it to be true until recently when I discovered ‘you are what you think you are’ and I replaced ‘being morose’ with ‘being sensitive’. I am not sure how many would get it, there are some people with whom we get really comfortable, to the extent that the child in us could dare to reveal itself! What if those people didn’t react to our childlike mannerism and instead termed it childish. It would be like thrashing that child mentally; which would eventually suppress his craving for being cosseted. Probably it was always suppressed, even when this person was actually a child and so he always felt being love deprived no matter how good several other things were.  So the probable solution is to train the mind to ap
Post a Comment
Read more

January 13, 2016
I hope the world (at least mine) is liberated from the mental blocks that I grew up with and those that my family still believes in, From, ‘The caste based rules’, Which slayed a lot of love! ‘The uselessness of being good,’ When it stops making people happy! ‘Chasing perfection to impress’, When the connoisseurs aren’t there! ‘The life time commitments’, That cannot withstand the test of time ! ‘The suffocation of diffidence’, That drains strength from the wings to fly! ‘The pointless conversations’, That lead/demand justifications! ‘The sensitivity that gets offended’, It restrains the exuberance of the child inside! The belief that, ‘Lost was better’, It stops the best from coming into life. ‘Being a girl’, perception, It is a boundary that doesn’t safeguard anymore! ‘The resistance to change’, Which didn’t let many a caterpillars know, they could fly! 'The concept of being limited', That doesn't
Post a Comment
Read more